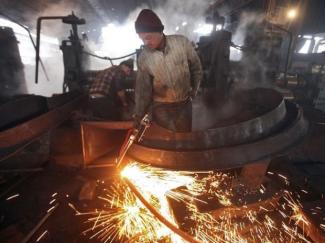 [Some points of AICCTU objections to the Draft Industrial Relations (Jharkhand) Rules, 2021]

These Rules unfortunately commit the blunder of pushing ease of business at the expense of the working class. It is drafter shoddily and hastily, resulting in a number of safeguards being done away with. AICCTU seeks for a total overhaul and revamp of the rules in light of the fact that labour legislation is intended to be welfare legislation that protects the rights of the working class and not to defeat their rights.

Coming to the present Rules under discussion, it is necessary to note that the Industrial Relations Code, 2020 mandates prior publication of Draft Rules in order to ensure that the necessary and affected sections of society are provided an opportunity to participate in its framing i.e. the consultative process. The value of a public consultative process prior to making of delegated legislation cannot be understated. It is clear that prior publication is not intended to be publication in name only, but plays a valuable role. The initiation of such a consultative process in the midst of a global pandemic is tantamount to non-consultation, and, is exclusionary of the vast majority of stakeholders. At the present time, the working class is facing an unmitigated assault on their rights, as well as the brunt of the impact of the pandemic and lockdowns.

Before coming to the discussion of the Rules in question, it is necessary to reiterate our very strong objections to the IR Code itself. The entire Code heavily reduces the protections available to the working class, through targeted attacks on trade unions, attacks on freedom to organise and strike, creation of a category of ‘ fixed term employment’, etc.

A bare reading of the Rules makes it clear that, in the name of ease of doing business, a large number of procedural safeguards and regulatory mechanisms have been dismantled. At the same time, through seemingly minor changes, the Rules have been tweaked to favour the Management as opposed to the workers in numerous ways.

One major change brought by the Rules is the conversion of a number of manual procedures, including the filing of complaints and documents, communications, notices, payment of fees, to an electronic mode. This is especially serious when no option has been given to the worker to prefer a physical mode, and when it is mandatory to conduct procedures electronically only. There are a number of other similar provisions converting manual procedures to electronic. This new mandate to comply with procedures electronically denies the opportunity to a large number of workers are poor and do not have access to online procedures. At the same time, many workers are not tech-savvy enough to effectively comply with the new requirements. Therefore, these rules are effectively only for the convenience of the management and at the cost of the workmen. It is demanded that there should, in all provisions, be a non-electronic alternative provided to parties to choose at their discretion. Moreover, in all provisions where parties are to receive notice/documents/ communications electronically, a hard copy of the same must also be sent and rules regarding receipt of post. These comments apply specifically to -

Under this Rule, all the procedural safeguards in respect of signing of memoranda of settlement have been done away with. These safeguards, which were contained in Rule 61 of the ID (Jharkhand) Rules include the following requirement:

“61 (2) The settlement shall be signed by— (a) in the case of an employer, by the employer himself, or by his authorised agent, or when the employer is an incorporated company or other body corporate, by the agent, manager or other principal officer of the corporation (b) in the case of workmen, either by the President and Secretary of a trade union of workmen or by five representatives of the workmen, duly authorised in this behalf at a meeting of the workmen held for the purpose.

The removal of procedural safeguards in the name of ‘ease of doing business’ can have devastating consequences. Without such a safeguard, even one authorised person can sign on a memorandum of settlement, instead of the present requirement of 5 people. The safeguards in Rule 61 of the ID (Jharkhand) Rules must be brought back

A vast number of procedural safeguards previously contained in ID (Jharkhand) Rules in respect of Works Committee have been done away with. These provide for procedures for elections, nomination of candidates, voting, quorum etc, and are vital to ensure that the Works Committee can have fair and democratic representation. Moreover, while the works committee was mandated to meet at least once a month, this has been changed to at least once in 3 months. It is submitted that to condense the 21 provisions encapsulated in Rules 40-60 of the ID Jharkhand Rules into the instant single rule is to essentially do away with the fairness, independence and utility of the works committee. It is demanded that all prior procedural and substantive safeguards be brought into the draft Rules.

This Rule, which deals with Grievance Redressal Committees is vital since all individual disputes will be dealt with in these committees. However, the manner of choosing representatives is highly unclear. It is necessary to note that in terms of Rule 4(2), in case of a registered Union being in existence, all worker representatives will be chosen by it, even if the Union is not the majority union / supported by the workmen. However, in terms of Rule 4(5), representation is given to both members and non-members of registered trade Unions. A similar mechanism such as that involved in selection of Working Committees as per the ID (Jharkhand) Rules are required to be brought in, to ensure that the objective of the GRC may be met. It is vital to ensure that worker representatives are not employer stooges, which would defeat the system envisaged.

Rule 15, while providing a number of matters that the negating union/council and the employer may discuss fails to mention important matters including the employment or non-employment of any person, permanency of workmen, overtime work and other such necessary matters, which should be specifically mentioned rather than being covered under the miscellaneous clause. Another issue is that ‘hours of work’ has been included as a matter to be discussed, which appears to be a ploy to do away with the mandated 8 hours of work, and cannot be permitted.

Rule 15(3) effectively places control of verification in the hands of the Management. The Rules formalise unions that are management-sponsored. Giving powers to the Management right from the appointment of the verification officer to the preparation of the voters list to the manner of verification is absolutely improper and against the principle that the management must not interfere, in any manner, with the functioning of any trade union. These Rules provide for a complete interference of the management in union activities and organizing. The employer taking an active interest in organising a union in itself is an unfair labour practice, which is being formalized by the Rules. The employer certainly cannot have the right to decide the eligibility of a union and to check its membership register. The Trade unions act and the corresponding new law both allow only the members of a union to check the membership register.

The Government has attempted to encapsulate the entire conciliatory and adjudicatory process that spans over years in a single Rule, resulting in a mass of very important safeguards being nullified. It is demanded that the previous model under the ID Act and Rules be restored in toto, especially insofar as the following aspects are considered.

Rules regarding administration of oath have been done away with and must be restored.

Rules on service of summons and manner of service on numerous persons have been done away with. Perhaps it is contemplated that only electronic service will be made. All the technicalities regarding service of summons etc must be restored.

Powers of the tribunal must be restored including those vested in a Civil Court under the Code of Civil Procedure. 1908, when trying a suit. in respect of the following matters. namely — (a) discovery and inspection; (b) granting adjournment.

Correction of errors in terms of Rule 29 of Jharkhand ID rules must be restored.

It is submitted that the system contemplated is totally ridiculous and must be done away with. The time and effort of a Gazetted Officer is going to be systematically squandered simply to send detailed notices offering composition of offenses to offenders. It is demanded that any person who seeks composition of an offence committed by him should be permitted to approach the officer in question instead of placing the burden upon the shoulders of the officer.

It is reiterated that the instant comments are only preliminary and partial and the right to give fuller comments is reserved. AICCTU seeks for a total overhaul and revamp of the rules in light of the fact that labour legislation is intended to be welfare legislation.

We seek that our comments are implemented in the spirit of a welfare oriented State. We make it clear that the present Code and rules, if implemented are not only violative of the fundamental rights of workers, but also the Directive Principle of State Policy enshrined in Article 38(2) of the Constitution that mandates the State to  strive to minimise the inequalities in income, and endeavour to eliminate inequalities in status, facilities and opportunities, not only amongst individuals but also amongst groups of people residing in different areas or engaged in different vocations. In fact, the said Rules will only reduce workers into subjects without any rights and legalise Corporate - Raj, which is contrary to the Socialist state envisioned by our Constitution. π