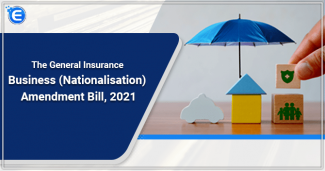 AICCTU strongly condemned in unequivocal terms and opposed the passing of the General Insurance Business Nationalisation Amendment Bill 2021 in Parliament by the Modi government. This has paved the way for denationalisation and total privatisation / disinvestment of public sector General Insurance companies which will jeopardise the interests of public, employees and the economy of the nation.

The government forcibly passed the Bill in Rajya Sabha on 11 August (already passed in Lok Sabha on 2nd Aug) in most authoritarian manner, using even ‘Marshals’ to quell the voice of protest of opposition. The opposition’s protest to the Bill inside the floors of the Parliament demanding the Bill to be referred to the Select Committee and the continuing opposition by workers and employees outside has been arrogantly ignored and put aside by the government.

This has once again showed the hurry and hyper-activism of Modi government in serving the greedy Corporates by handing over this key financial institution to the private. With the passing of the bill, the Modi government has taken another major step towards establishing the Corporate-Company Raj in India on the occasion of completion of 74 years of Independence of the country and 50 years of establishment of public sector insurance companies.

While fully supporting the ongoing protest of Insurance sector employees against passage of General Insurance Bill 2021, AICCTU calls for a powerful united workers resistance against the privatisation drive of the Modi government. π