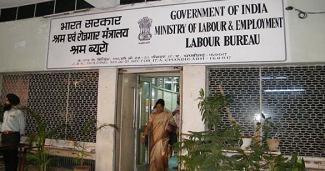 Forcible Deductions from Pension for CM Relief Fund – Kerala High Court: In Rajan & Anr. V. KSEB & Ors, the High Court of Kerala on 08.07.2021 stated that unauthorized deductions from the pension fund of the petitioners towards contributions to the CM Relief Fund is not permissible unless written consent is taken from the employees. Earlier, the Kerala State Electricity Board had issued a circular sanctioning forcible deductions from the pension of retired employees towards the relief fund, and the petitioners, who were former employees of the KSEB, alleged that they had not consented to make such contribution nor that their pension could be reduced towards making such contributions. It was on this ground that the High Court set aside the circular of the KSEB and ordered that they pay the eligible withheld pension immediately.

Dearness Allowance Increased: The Union Government has announced that the dearness allowance for central government employees and pensioners has been increased from 17% to 28% with effect from July 1st, 2021. Rs. 34,400 crores has been allocated for the same.

Vaccination and Employment: In Osbert Khaling v. State of Manipur & Ors., the Manipur High Court has ruled that it is an illegal act on part of the state to link people’s livelihood with them getting vaccination, as it tramples upon the freedom of the individual to choose whether or not to get vaccinated. The Court observed – “Restraining people who are yet to get vaccinated from opening institutions, organizations, factories, shops, etc., or denying them their livelihood by linking their employment, be it NREGA job cardholders or workers in Government or private projects, to their getting vaccinated would be illegal on the part of the State”.

Retrenchment means no right to backwages: The Supreme Court of India in Madhya Bharat Gramin Bank vs. Panchamlal Yadav [CA 9792 OF 2010] has observed that in case of violation of retrenchment conditions under Section 25F of the Industrial Disputes Act, 1947, would not automatically mean reinstatement with full backwages for the workmen. However, the relief to be granted depends on the individual facts of the case, the Apex Court stated.

Reservation in Employment for Trans-persons: Karnataka Government has announced 1% reservation in public employment for transgender persons and the state informed the Karnataka High Court that amendments to this effect has been made to the Karnataka Civil Services General Recruitment (Rules), 1977. The case is pending before the High Court of Karnataka and the same was recorded in an intervening application filed by Jeeva – an association for the rights of transgender persons.

Deprivation of Salary is Trampling on Fundamental Rights: In a writ petition filed by the Uttarakhand Roadways Karamchari Union seeking payment of salaries to the workers, the Uttarakhand High Court has observed that – “Considering the fact that these employees do not belong to the upper echelon of the Corporation, and are mere workers, as most of them happen to be drivers, conductors, and other employees, it is surprising that both the Corporation, and the State Government have abandoned them out in the cold. Needless to say, the deprivation of the salary is violative of Articles 21, 23 and 300-A of the Constitution of India. Thus, neither the Corporation, nor the State Government can be permitted to deprive the employees of their rightful salaries, that too, month after month.”  The Court has observed that deprivation of salary is a violation of Articles 21, 23 and 300A of the Indian Constitution. π