Tea (Promotion and Development) Bill 2022: A New Testament of Privation 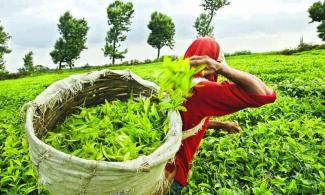 The Ministry of Commerce and Industry, Government of India, has decided to repeal the ‘archaic’ legislation, Tea Act of 1953, that deals with matters of tea cultivation, management, control of tea undertakings, control and export of tea seeds etc.  Tea Board of India, in its press release, declared that “after more than 68 years, some of the existing propositions of the Tea Act, 1953 have become ‘redundant’ due to efflux of time, for which it has been proposed to bring a new act in place of the present act under which Tea Board will act as a facilitator for the benefit of the tea industry.” This decision has already got the shape of the draft proposition of a bill that is being circulated as Tea (Promotion and Development) Bill 2022 to all the stakeholders of the tea industry.

But the quantum of desperation seen in the whole process to turn the bill into a full-fledged act is quite remarkable. The bill has been uploaded to the official website of the Ministry of Commerce and Industry on 10 January 2022 and the public/ stakeholders have been asked to send their considered comments within 21 January, with a scanty window period of 10 days only!

10 out of 11 Central trade Unions had reacted vehemently to this unwarranted haste in the procedure and could jointly draft a letter containing some preliminary observations on the draft bill. In the letter, the trade unions inclusive of AICCTU mentioned that the tea industry being a highly labour-intensive industry, the tea plantation workers must not be ignored and not expected to keep browsing websites of different ministries to be informed of their announcements. This hasty move defeats the very purpose of informed democratic participation in the decision-making processes. The trade unions noted that the Bill 2022 proposes the functions of the Tea Board to optimize the production, sale and consumption of tea as well as to promote economic, scientific and technical research. But the Tea Board’s role in workers’ welfare has been deliberately omitted. The trade unions also raised their objection against the obliteration of the regulatory powers to be conferred on the Tea Board, leaving it completely unarmed. This remains quite obvious as the proposed Bill 2022 excludes Chapter 3 (Control over the extension of tea plantation) and Chapter 4 (Control over export of tea and tea seed) of the existing act and by way of doing it takes away the regulatory powers of the Tea Board. Further they showed their dismay at the complete exclusion of Chapter 3A that deals with ‘management or control of tea undertakings or tea units by the central government in certain circumstances’. This is seen as an abdication of responsibility by the government for protecting the interests of the industry, the huge land resources deployed in it and its huge workforce. To top it all, this Bill 2022 has not included the worker community as a stakeholder!!

Since this proposed bill is completely silent on the rights of workers and the worker communities exclusively dependent on these tea plantations, the trade union leaders considered it unacceptable and they also apprehended that it would create a situation for gross violation of labour rights and human rights.

It seems all the more relevant to remind our readers that in a gazette notification issued on August 23, 2021 the Union Ministry of Commerce had suspended the operations of sections 12-16 of the Tea Act, 1953 and its corresponding penal provisions under section 39-40 of the said act. Following the cessation of these sections concerning control and limitation of plantation, there would be no bar on expansion of estates and grant of permission to grow tea on a ‘non-tea land’. This will have a negative impact both on laboring communities and the environment.

It is also very important to comprehend the depth of schism inherent in the preparatory stages of this new formulation. History has it that since the 1980s, lakhs of tea growers have planted hectares after hectares of tea in Assam, North Bengal, Kerala, Arunachal Pradesh and Mizoram without any legal permits. Large swathes of agricultural land were devoured by land speculators and sold to new entrepreneurs for trying their fortune in tea production and sale of tea leaves. A brand-new phenomenon emerged where the erstwhile owners of conventional ‘Set gardens’ invested money in erecting an isolated factory for tea processing, procuring tea leaves from a number of small tea growers. In this unique, yet informal demand-supply relationship, the owner-employers could absolve themselves from their responsibility towards the workforce registered under the scheduled employment. This new production relation between the producer and the processor, popularly known as ‘Kerala Model’, enabled employers to bypass the stipulations under the Tea Plantation Labour Act 1951. The employers could very successfully minimize their overhead expenses against fixed wages, housing, rations, supply of drinking water, education for kids and providing health care services for the workforce and their dependents. And amazingly so, the Tea Board which was constituted under Tea Act 1953 for the benefits of both the employers and the tea communities, took it upon itself to facilitate and promote this phenomenon and added momentum to profit maximization of the unscrupulous employers, flouting all the established rules of the land.

Hence, this proposed Bill 2022 may be ascribed as a New Testament of privation and future destitution, as it categorically annuls workers welfare. By paving a route for a compulsive environment where a worker engaged in scheduled employment are being turned into a labour under bonded conditions without any legal entitlements, this bill necessitates providing deprivation points to get the scheduled benefits pertaining to the 2nd largest labour-intensive industry after Indian Railways. This schism of the Modi government at the centre ought to be seen as complementary to the notorious provisions of the Labour Codes affecting the legitimate rights of the tea workers in particular. ν