Report on Technical workshop held by ILO and Government of Telangana 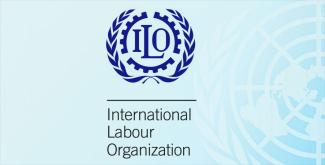 Dr. E Gangadhar, Additional Commissioner of Labour and Director for the Center for Elimination of Child and Adoloscent labour gave a welcome note to the Trade union leaders. Mr. Ranjit Prakash, National Project Coordinator for implementing FPRW principles, ILO, addressed the inaugural session of the workshop and highlighted the main objectives of the workshop. He elaborated on the fundamental principles and Rights at workplace. Their focus primarily seems to develop and strengthen Trade union work to implement the FPRW principles, Elimination of Forced and compulsory labour, Effective abolition of child labour, Abolition of discrimination on the lines of caste and gender, Recognition of Right to Freedom of Association and right to collective Bargaining and Organisational safety and health. Both, ILO and Telangana labour department have appealed to the trade unions to take these principles forward in the field of cotton farming.

Representatives from ten central trade unions AITUC, CITU, INTUC, AICCTU, AIUTUC, BMS, HMS and others took part in the interactive session, following the Introductory session. All the participants were asked to regroup into four groups and each group was asked to provide major issues facing the trade unions in implementing the right to collective bargaining and freedom of association, Abolition of Forced and Bonded labour, Child labour, Caste and Gender Discrimination and occupational safety and health, reasons for those issues to be in existence, solutions and way forward in general workplaces and cotton sector in particular. There was an enthusiastic participation from all the representatives of different Trade unions in providing their reasons and solutions.

The second day of the workshop was continued in the same pattern asking trade unions to provide steps that are going to be taken across all TU’s in implementing these FPRW principles. Most of the participants have come up with the socio-political reasons and reformative policies as suggestions and strong mechanism for the strict implementation of the existing labour laws.

The issue of new labour codes that are being brought into implementation was highlighted as the most regressive step and termed as the bane for the Indian working class by most of the CTUs, though the hosts have in a way requested the organizations to refrain from suggesting any long term reforms or change in policy of the government.

The Central Trade Unions came up with a bunch of activities and tasks to be implemented in the coming days to enforce the FPRW principles in work places in general and cotton farming sector in particular. The session was concluded on Day 2 with the mutual promises of cooperation and support for the effective implementation of the FPRW principles and to strengthen the trade union activity to better the conditions at workplaces in Telangana state.