The Enduring Legacy of the May Day 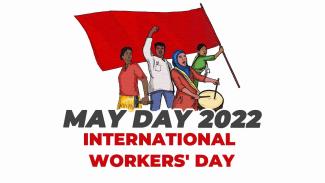 The First May Day

In the late nineteenth century, the working classes were in constant struggle to gain the 8-hour workday. Working conditions were severe and it was quite common to work 10-to-16-hours a day in unsafe conditions and in heavily underpaid jobs. Death and injury were commonplace at many workplaces. As early as the 1860’s, working people started agitating to shorten the workday without a cut in pay. This movement started in Australia, and gradually spread elsewhere.

It took another two decades for a powerful movement that demanded an 8-hour workday to emerge. The workers in the United States of America (USA) were the ones that upped the ante with this demand. The demand was not approved by the employers, but that did not dither the working classes from agitating for it. This protest produced the first May Day agitation, in 1886. Protests occurred all over USA.

The demand for an 8-hour workday got traction due to the organized power of the working classes. A variety of socialist organizations had sprung up throughout the US and Europe in the latter half of the 19th century, and many socialists in USA were elected to governmental office by their constituency. Socialists steadily built and strengthened labour unions. It was in this context that the Federation of Organized Trades and Labour Unions (FOTLU), at its national convention in Chicago, held in 1884, proclaimed that “eight hours shall constitute a legal day’s labour from and after May 1, 1886.”

The following year, the FOTLU, backed by members of the Knights of Labour, reiterated their proclamation stating that it they would agitate for this demand through strikes and demonstrations. At this point, thousands of workers in the Chicago area became active organizers of this movement for the 8-hour workday. The movement began to generalize too, into a protest against wage slavery.  On May 1, 1886, more than 300,000 workers in more than 13,000 businesses across the United States walked off their jobs in the first May Day celebration in history. In Chicago, the epicentre for the 8-hour day agitation, 40,000 went out on strike.

The Haymarket Affair and After

Parades, bands, and tens of thousands of demonstrators in the streets demonstrated the workers’ strength and unity. The demonstration remained non-violent.  More than 100,000 workers joined the demonstration over the next two days.  yet peace prevailed. It was not until two days later, May 3, 1886, that violence broke out at the McCormick Reaper Works between police and strikers.

On May 3 one person was killed and several injured as police intervened to protect strike-breakers and intimidate strikers during a union action at the McCormick Harvesting Machine Company in Chicago. To protest the police brutality, labour leaders called a mass meeting the next day in Haymarket Square. That gathering was pronounced peaceful by the Chicago Mayor who attended as an observer.

After the Mayor left, a fresh contingent of police arrived and demanded that the crowd disperse. At that point a bomb was thrown by an individual never positively identified, and police responded with random gunfire. Seven police officers were killed, and 60 others wounded before the violence ended; civilian casualties have been estimated at four to eight dead and 30 to 40 injured.

The Haymarket Affair created widespread hysteria directed against immigrants and labour leaders. Amid the panic, four labour leaders were accused of conspiracy and hanged to death while another leader committed suicide in prison. In the ensuing years, the labour unions in Chicago and Illinois faced heavy repression and their power was severely restricted.

This state repression in turn galvanized workers and their supporters not only in the USA but all over the world. The Second International declared 1 May as Labour Day and this day continued to be commemorated. May Day became a symbol of working-class politics all over the world. Post-colonial democracies and Western welfare states began to officially commemorate the May Day under pressure from workers’ unions and socialists. In the socialist countries of the twentieth century, May Day became a great institution.

The last few decades of the twentieth century witnessed a severe pushback against workers’ movements and against socialism. Even as socialist regimes collapsed or changed course, and the political power of trade unions weakened with the rise of neoliberalism, May Day remained an important symbol of the class power of workers. We now stand at a juncture when workers unions and a range of democratic and socialist forces are working towards reviving labour politics in India. May Day is assuming a renewed significance in that context.

On 1 May 2022, hundreds of workers marched through the streets of Bangalore defying a High Court order that sought to limit public shows of protests to Freedom Park. Some young students happily quipped, “we have only heard of such marches, never been in one.” All the Left trade unions had mobilized for the march. The streets were full of red shirts and red flags. Enthusiasm overflowed with the slogans – laal jhanda zindabad, mazdoor andolan zindabad.

The renewal of labour movements in India is happening in the face of a brutal attack on the lives and livelihoods of workers by the combined aggression of Hindutva and corporate forces. Hindutva politics is steadily compromising the egalitarian thrust of the Indian constitution and propping up religion as the key political issue. This is in part a great way to hide from the severe economic collapse that they have overseen – before and after the covid pandemic. But this also derives from the Hindutva ideology of nationalism in which citizens’ rights and their civic and economic demands are not given much importance.

Big corporates are steadily amassing wealth, and inequality is rising steeply. Ironically, the corporates are now trying to prop up corporate philanthropy as a mode of welfare delivery and guarantee of livelihood. It is a perfect way to dimmish the voice and agency of those who are at the receiving end of corporate aggression: workers of the country who are largely Dalit Bahujans, Adivasis and Muslims, and salaried classes whose jobs are becoming increasingly precarious and low-paid. The constitution of course guarantees the rights of workers, but those rights are being subverted by the labour codes, and other various forms of state repression.

Under these circumstances, the legacy of May Day becomes very important for labour and other democratic struggles. The May Day protest wasn’t just another protest. It put forward a vision of militant struggles by workers for their demands, led by their unions, and fought on their terms. Such struggles seem to the only way out for securing the lives and livelihoods of workers, and thereby substantively realizing the constitutional ideals of freedom, justice, and equality. These struggles will of course have to be organized with due attention to the inter-connectedness of caste, class, and gender, in rural and urban settings. But wherever they are waged, the spirit of the May Day will animate these struggles, as will the spirit of militant struggles against caste and patriarchy. 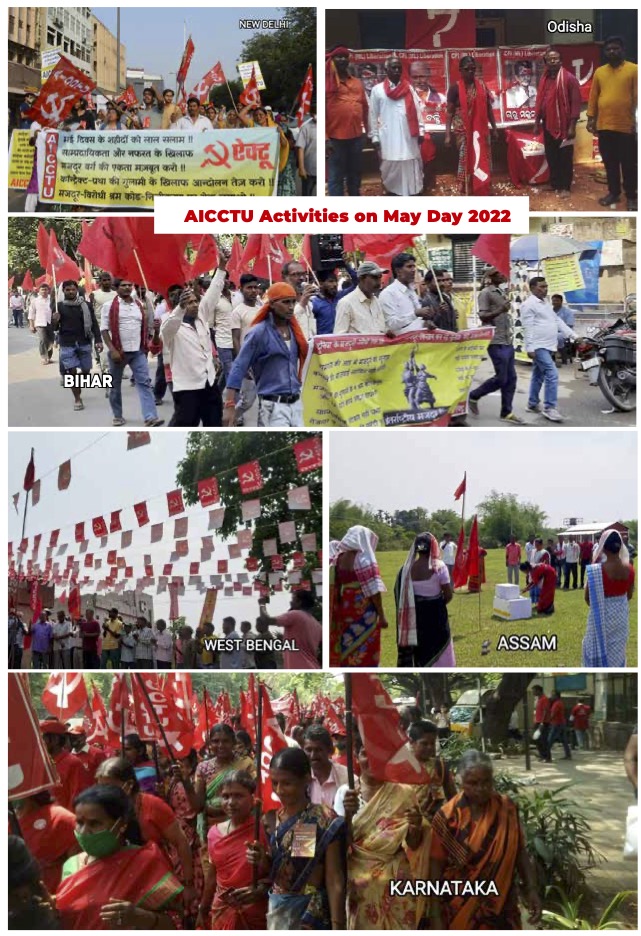