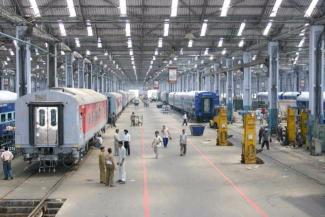 The new model of revising norms for APAR (Annual Performance Assessment Report) is designed to scuttle the rights of annual increment and group incentive for the workers of railway production units. Unlike the existing norms of adjudging performance by the authority concerned as "average, good, very good and outstanding", this new methodology has a cascading effect on the career progression and annual increment.  In the proposed methodology, 70% marks would be awarded by the immediate supervisor and countersigned by the Assistant Officer in case of group 'D' & 'C' staff while the remaining 30% marks would be provided by the efficiency cell Directorate.  In the event of any worker scoring less than 90% marks, it is apprehended that his/her increment is likely to be reduced to 2% from the existing 3% of the basic salary. The cascading effect of 1% reduction is bound to lower the quantum of HRA & D.A.  This would also bring about change in the slab for transport allowance.  It is crystal clear that the Modi government wants to rob off billions of rupees from the pockets of workers surreptitiously and by tweaking the existing norms of APAR.

The essence of the game plan is based on the anti-worker ideology of the corporates - 'Perform or Perish'. This game plan must be exposed and resisted. The IREF (Indian Railway Employees Federation affiliated to AICCTU), an alternative Left federation, is committed to build a united movement of rail workers against the exploitative design of proposed revisions in the norms of Annual Performance Assessment Report.