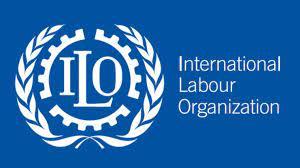 The International Labour Conference (ILC) has adopted a resolution to add the principle of safe and healthy working environment to the International Labour Organisation’s Fundamental Principles and Rights at Work. With this decision, the occupational safety and health will become the ﬁfth fundamental convention. The new fundamental convention will be “the Occupational Safety and Health Convention, 1981 (No.155) and the Promotional Framework for Occupational Safety and Health Convention, 2006 (No.187).”

The other four categories of Fundamental Principles and Rights at Work are: 1. Freedom of association and the effective recognition of the right to collective bargaining; 2. Elimination of all forms of forced or compulsory labour; 3. Effective abolition of child labour and 4. Elimination of discrimination in respect of employment and occupation.

The Report of the Committee of Experts on the Application of Conventions and Recommendations on the application of ILO standards has openly criticised India’s poor record on labour inspection. To quote the report, “The committee requests the Government (India) to take measures to ensure that labour inspectors are empowered, in law and practice and in line with Article 12 (1) (a) and (b) of the Convention, to make visits without previous notice. In this respect, noting that the Code on Wages provides for inspections subject to the instructions or guidelines issued by the appropriate Government, the committee urges the Government (India) to ensure that the instructions issued fully empower labour inspectors in accordance with Article 12 (1) (a) and (b) of the Convention No. 81 of ILO. The committee also requests the Government to provide further information on the meaning of the term “survey” in section 20 of the OSH and Working Conditions Code, and to indicate whether labour inspectors are required to provide notice of all inspections in writing under the Code.”

Further the report says, “It also urges the Government to take the necessary measures to ensure that labour inspectors are able to initiate legal proceedings without previous warning, where required, in conformity with Article 17 of the Convention. In this respect, it requests the Government to provide further information on the meaning of the term “inspectors-cum-facilitators,” including the functions and powers of oﬃcials performing this role. Noting the statistics already provided, the committee requests the Government to provide information on the number and nature of offences reported, the number of penalties imposed, the amounts of ﬁnes imposed and collected, and information on criminal prosecutions, if any”.

Similarly, the report notes that there was no Indian Labour Conference, the highest policy making tripartite body on labour, since 2015.