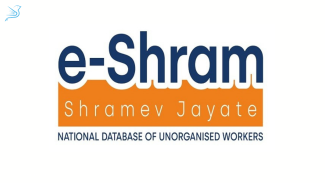 In the early months of 2020, when the Modi government announced a national lockdown with no preparation whatsoever, thousands of migrant workers were forced to walk hundreds of kilometres to their homes in desperation. When the government was subsequently asked details of these workers, it claimed to have no information. The outrage generated by this callous response led the Modi government to announce the formation of the E-shram portal, officially a database of unorganised workers in India. It is however now clear that its setting up is an initial step towards dismantling all welfare boards, which is the objective of the Modi-led BJP government.

As of now, workers registered under e-shram can avail of schemes which award them Rs 2 lakhs in case of death or permanent disability and Rs 1 lakh in case of partial disability. As opposed to this reality, various kinds of blatant lies about the portal have been spread by the representatives of the government and officials of the Labour Ministry. For instance, we have been told that the e-shram portal will ‘offer employment opportunity’, ‘deliver everything under the sky if registered’, and is ‘an entry into Modi’s dream world’. The e-shram portal is designed to give a patently false picture that it facilitates the implementation of various social security schemes – such as PDS (ration system) and Ayushman Bharat (health insurance) – that are already in force. It also tries to give the impression that it controls employment schemes such as MGNREGA (rural employment scheme) and PMEGP (for encouraging entrepreneurship).

The brochure issued by the Ministry of Labour and Employment has clearly revealed its real intentions. It clearly states that the e-shram portal will be a database of all unorganised workers, including construction workers, migrant workers, gig and platform workers, street vendors, domestic workers, agricultural workers, MGNREGA workers, ASHA workers, Anganwadi workers and Mid-day meal workers. Subsequently, it has expanded the list to cover unorganised workers of around 126 occupations (List of professions/ occupations covered | Ministry of Labour & Employment). Any other hitherto uncovered occupation within the unorganised sector is also included under the umbrella of the e-shram portal. What is interesting is that even the data currently available with existing labour welfare boards is being collected yet again, thus indicating the irrelevance of not only the data but also the boards.

Any unorganised worker, aged between 16 to 59, not entitled to ESI, PF or any government funded pension scheme is entitled to become a member of the e-shram portal. Any worker who is a home-based worker, self-employed or a wage worker in the unorganised sector can register. Unorganised sector worker is also interpreted as a worker in the ‘organised sector’ but not enjoying the facility of ESI, PF or pension. The definition of ‘unorganised worker’ in the portal itself makes it obvious that the employer is completely relieved of the responsibility of providing social security for their own workers, including contract workers, because the portal also says it functions under the authority of the CLARA (Contract Labour Regulation and Abolition Act, 1970 and the new Codes). Unfortunately, the portal also keeps the option open to dissociate from such acts and rules conveniently anytime, by not directly claiming any link with the regulatory framework. The purpose is also made clear when the portal does not collect any information about the employer but only of workers. The database of workers itself suffers from several problems. The documents needed for registration are only Aadhaar number, mobile number linked with Aadhaar and savings bank account with IFSC code. Most of the unorganised workers do not have the same mobile number that they had linked with Aadhaar. This has become a major impediment in enrolment and the government is suggesting registration with biometrics, which also possibly changed over a period of time and has not been updated.

Secondly, the portal emphasises that social security schemes meant for unorganised workers, administered by Labour Ministry (MoLE) and subsequently by other ministries as well, will be integrated with e-shram portal. Thus, we now know that the e-shram portal will effectively be the only portal to disburse all social security benefits to unorganised workers, irrespective of whether an exclusive board exists for them or not. This effectively means that all other boards will be made irrelevant in this process. The brochure says that all social security benefits will be delivered through this portal in future, including assistance during pandemics and natural disasters. While it does not explicitly mention that ruling parties could use this portal for delivering benefits during elections and reaping electoral benefits, we have evidence of this. There are speculations that the Yogi led UP government has already begun disbursal of Rs 500 through the portal. Interestingly, UP is one of the states that tops the list of highest enrolments in the portal.

Thirdly, neither the welfare schemes and boards nor the Social Security Code mentions clearly about the fate of the crores and crores of funds lying with various welfare boards. It is amply clear that e-shram portal can also lead to total loot of all the money lying with various boards. Apprehensions are that even funds to the tune of lakhs and lakhs of crores lying with ESI and PF also may not be spared in due course. It is another matter that the government is now planning to use the rationale of ‘fund management’ to hand over public money deposited with boards to private insurance companies.

Another major issue is that the e-shram may also be a route to downsize benefits being offered by various boards. We are well aware that all benefits disbursed under Beedi Workers Welfare Act, one of the better Acts with relatively better schemes including housing, have already been suspended for the last four years under the Modi regime. Funds with the Construction Workers Welfare Board are being squandered away; these funds are being diverted to various other political purposes of the ruling party in power in the state. In Karnataka, it is alleged that all labour department officials have been presented with an Innova car by the state Labour Commissioner. This was facilitated by swindling crores of the funds under the Construction Labour Welfare Board. Yet another example is the reduction in collection of cess, through new regulations wherein buildings worth 50 lakhs or less are exempted from paying any cess.

The new concept of social security advocated by the SSS Code is relieving employers and the government of any responsibility for health insurance (ESI), retirement benefits (PF), gratuity, housing and education of children. Welfare boards, according to the new Codes, are nothing more than mediators between insurance companies and unorganised workers. An unorganised worker can get benefits directly proportional to the amount they are willing to part with as premium to insurance schemes they opt for. Hence, the responsibility for social security benefits is effectively being shifted onto the shoulders of workers from the employers and the government. The e-shram portal is only a first step in that direction.

While the politics of the e-shram portal is now clear, it is not advisable to stop workers from getting whatever meagre and petty benefits they can secure from the government – whether from the e-shram portal or from any welfare board. In many states, we have our work among sections of unorganized workers which do not enjoy any benefits provided by welfare boards. In case of such sections of workers, we should definitely help them to enrol in the  e-shram portal. But, this cannot deter us from our critique of the state and the employer shedding their responsibility of providing social security. If the e-shram portal emerges as an additional portal to disburse additional benefits directly to workers, there is no quarrel over it, but certainly not at the cost of existing boards, schemes and benefits.

The consistent demand of workers and all trade unions is to make social security a responsibility of the employers and the state. Social security is not a charity but a recognition of the toil and sweat and the many hours that workers sacrifice for the company, the state and society. Another vital demand is to preserve existing benefits and expand them to all workers, so that all welfare issues, including issues of health, education, provident fund, gratuity, pension, retirement benefits and housing, are covered by social security schemes.