India Among Most Unequal Countries in the World 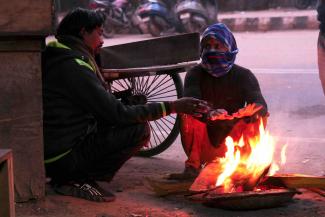 The World Inequality Report (WIR) 2022, coordinated by Lucas Chancel, Thomas Piketty and others, and published by the World Inequality Lab, holds up an important mirror to the world. It shows the deeply unequal times that we are living through.

Examining vast amounts of data from multiple countries and over a long period of time, the report traces the rise of inequality through different phases of policy making. It demonstrates the role of multiple factors and processes, viz., neo-liberalism, state withdrawal from resource redistribution, deregulation, in widening global inequalities.

The report says that the bottom 50% of the world’s population has a share of 2% in total global wealth, while the richest 10% have 76% share of the global wealth. These levels of inequality match the early 20th century levels when the Western countries had colonies all over the world.

The Billionaires and the Rest of India

India, according to the WIR, is ‘poor and very unequal country, with an affluent elite’. As of 2021, the richest 10% holds 57% of the total national income – 22% being held by the top 1% – while the bottom 50% owns merely 13%. India also shows a dismal gender disparity in wages. The total wage earned by the women in the country is only 18% of the salary earned by the men. This is significantly lower than the average in Asia.

This report draws upon the income ratio between the richest 10% of the population and the poorest 50% to show that the wealth owned by the wealthiest 10% is 22 times that of the wealth possessed by the poorest 50% of the population. The situation of inequality in India is higher than other South Asian countries. In European countries like Germany, France, Denmark and the UK, this ratio is between 7 to 10, while for the US, this ratio is 17.

The report also looks at the genealogy of income inequality in India. Income inequality was very high under British colonial rule (1858-1947). After independence, the state-controlled planned economy reduced inequality, when the share of the wealthiest 10% came down to 35-40%. But this trend has got reversed since the 1980s, with the advent of economic deregulation.

This study also busts the myth of an expanding middle class in New India. The average per household wealth occupied by this class is INR 7.23 Lakh. The average wealth per household owned by top 10% and 1% respectively is INR 63. 54 Lakh and INR 3.24 crore.

The Oxfam Report, released in 2021 also reveals a similar pattern.  The report makes some startling revelations.

An Absent Political Will

Since the 1991 liberalization of the economy, the state has been systematically withdrawn from economic regulation, and the country’s resources have been steadily handed over to private companies. This has led to the pauperization of the masses and concentrated skyrocketing wealth in the hands of few individuals.

Labour rights have been systematically diluted, with lesser bargaining power for workers and more powers to the owners. The erasing of the existing (forty-four) labour laws and the framing of four new labour codes, is the latest severe blow on the rights of workers.

The question of redistribution must become a central question in policies and a critical appraisal of the policies of deregulation and rampant privatization is the need of the hour. At a global level as well, a political will is needed to challenge the path so far taken.