Labour Laws: What about IT? 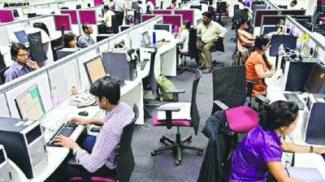 The Principal Labour Court, Chennai recently awarded reinstatement with full backwages to Mr. Thirumalai Selvan, an employee of TCS, and in a seven-year legal battle. The case must be seen as an important victory for this section of workers. It is one among a large number of similar cases, where workers employed in the Information Technology / Information Technology enabled Services [‘IT / ITeS’] Sector across the country are seeking their statutory entitlements under the Industrial Disputes Act, 1947, and

The issue of whether IT/ ITeS workers fall within the ambit of existing labour laws has wide ramifications. The answer lies in the laws themself and their interpretation by courts of India. The Industrial Disputes Act, 1947, for example, covers disputes relating to workers in industries. The terms ‘workman and ‘industry’ are both defined in the ID Act itself. To claim her rights under the ID Act, an IT worker would have to show that a) she is a worker and b) her employer company is an industry. The second question is easier to show in respect of an IT establishment. However, the main dispute in most cases remains whether IT employees are workmen as defined in the ID Act.

The ID Act defines workmen as any person employed in any industry to do any manual, unskilled, skilled, technical, operational, clerical or supervisory work for hire or reward.. The definition specifically excludes persons employed mainly in a managerial or administrative capacity; and those employed in a supervisory capacity, draws wages exceeding ten thousand rupees per month.

The Supreme Court has interpreted the term workman on a number of occasions. In 1994, the Supreme Court held that to be a workman, a worker would have to not only show that he is not covered by the exceptions, but must also show that he is employed in one of the main categories.[1] Hence, for an IT worker to seek relief under the ID Act, he must show that his work falls within one of the categories mentioned above. In Thirumalai Selvan’s case, the Court came to the conclusion that his work was principally skilled and technical work.

In such cases, the primary contention of the management is usually that the employee is not a ‘workman’ as defined under the Act. They often seek to argue that the nature of duty is supervisory or managerial in nature. However, it is a settled position of law that it is not any incidental work that would be considered to determine whether the employee is a ‘workman’, but the principal nature of work. Moreover, if he himself were working as part of a team while supervising the others, then his work would not be considered as supervisory in nature. In Thirumalai Selvan’s case, the Court held on the basis of the evidence before it that he was leading a team. It was held therefore, that the evidence suggested that “this petitioner is also one among the team, may be, first among the equals”. Hence, the court came to the conclusion that he was a “workman” under the ID Act. If so, he was required to be paid compensation prior to retrenchment, which was admittedly not done.

Interestingly, in another recent judgment of the Karnataka High Court, it was also held that IT employees and software engineers would be workmen.[2] Ironically, the dispute arose out of a tax concession being claimed by the company which was claimable only on new employees who fell within the definition of workmen under the ID Act. Despite claiming financial concessions for employing these workers under the taxation regime, the companies deny the workmen their entitlements under labour law. The Court, while allowing the appeal and granting the concession to the company, held as follows:

In terms of section 2(s) of the ID Act, the definition of a workman is very wide inasmuch as the said definition would cover any person who has the technical knowledge, self skilled in an industry. It cannot be disputed that the Assessee’s business is an industry. It also cannot be disputed that the employees of the Assessee are technical persons skilled in software development and, as such, engaged by the Assessee to render services in the industry being run by the Assessee. Thus the software engineer would also come within the purview and ambit of workman under Section 2(s) of the ID Act so long as such a person does not take a supervisory role..

Importantly, the Court went on to hold as follows:

“In our considered view, the concept of the workman has undergone a drastic change and is no longer restricted to a blue collared person but even extends to white-collared person. A couple of decades ago, an industry would have meant only a factory, but today industry includes software and hardware industry, popularly known as the Information technology industry.

This finding is of extreme relevance to IT/ ITeS workers, in view of the feudal understanding of ‘workman’ often held by courts. Several courts are swayed by the fact the IT workers earn in lakhs each month, and believe that such employees could not be considered as workmen. Such an understanding is deeply flawed and contrary to law. There is no salary ceiling in the law for inclusion as a workman. In fact, the Supreme Court in 2011 held that the quantum of pay would be irrelevant to decide whether or not a person is a ‘workman’ under the ID Act.[3]

Despite the fact that in law, an IT/ITeS employee would be a workman entitled to benefits under labour laws unless he is employed mainly in a supervisory, administrative or managerial role, this is not a commonly accepted fact among IT/ITeS workers. There is a myth that the employees are governed solely by the contract and terms of appointment between the management and them. However, this is not true, and workmen are entitled to various benefits, including among many others, the following:

These rights are usually not exercised by IT employees, who are often not even aware of these entitlements.

In the corporate model, though IT employees may have high salaries, their rights are routinely violated through hire and fire policies, forced resignation, PIPs and other modes of victimisation of outspoken employees. The new Labour Codes that are being pushed through by the Union Government will also have a substantial impact on IT employees through the formal sanction of hire and fire policies in the form of Fixed Term Employment. With the development of new forms of labour, a legal struggle will also have to be undergone to ensure that all workers have comprehensive coverage under labour legislations. IT/ITeS employees must also be part of the larger battle against the Labour Codes while claiming their own statutory entitlements. In order to secure their rights, IT/ITeS workers must recognize that their interests are best protected by collectivization.