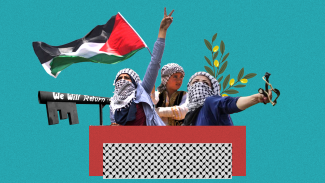 The people in the occupied Palestinian territories of West Bank and Gaza are facing a new wave of brutal aggression by Israel apartheid regime since the night of May 10, 2021. More than 250 people have been killed including 66 children and 38 women. The aggression comes as a further blow to the people in Gaza who are already reeling under devastating humanitarian crisis due to the ongoing land-air-sea blockade and continuous bombings by Israel that has destroyed Gaza’s most of the vital infrastructures.

Israeli caretaker Prime Minister Benjamin Netanyahu, has warned of a full force attack on Gaza, with Defence Minister Benny Gantz mobilizing thousands of reserve troops. Netanyahu, who is already facing massive corruption scandal and electoral crisis, had been long unleashing violent acts against Palestinians to woo the country’s right-wing sections in his favour. He had already announced a full-scale plan to annex over 30% areas of West Bank, particularly in the Jordan Valley. The proposed annexation will mostly be in Area C of the occupied West Bank, where most of the illegal Israeli settlements have been built.

The airstrike comes in the background of growing resistance by Palestinians against Israel’s annexation move in Sheikh Jarrah, locality in the occupied East Jerusalem. Sheikh Jarrah neighbourhood has more than 3,000 Palestinian families who face constant violence by illegal Israeli settlers, and evictions and destruction of property by Israeli forces.

On May 7, worshippers gathered at the al-Aqsa mosque expressed their solidarity with the families who were threatened with eviction in Sheikh Jarrah neighbourhoods. The Israeli forces stormed the mosque and brutally attacked people who were inside the compound, lobbing tear-gas and firing rubber bullets.

Since then, Israeli forces have escalated their violence inside the mosque and against the protests by Palestinians demanding end to the illegal annexations and military occupation. Armed Israeli settlers have also been given free hand by Israeli military forces to attack Palestinians. More than 700 Palestinians have been injured in Israeli attacks in the West Bank, Gaza and Jerusalem since last Friday.

The annexation plan by Israel is a clear act of ethnic cleansing and eliminating the presence of Palestinian population for their own land.

India had played a crucial role in supporting the anti-apartheid struggle in South Africa and was one of the first counties to sever trade relations with the apartheid regime and subsequently imposed wide range of embargo on South Africa. Today, Narendra Modi led Indian government is standing on the wrong side of the history by supporting the Israeli apartheid regime. Indian government continues to expand its relation with Israel and is importing both Israeli arms and tactics to be used against the people in Kashmir and for repressing the democratic and people’s movement in India.

The need of the hour is that India and International community must impose military embargo on Israel’s apartheid regime and stop enabling Israel's brutal siege of Gaza and mass crimes against Palestinians through their support of Israel's military industry.

As the Palestinians continue to resist the Israeli brutality, apartheid and military occupation, AICCTU reiterates its complete solidarity with the people of Palestine and their struggle for liberation. We also reiterate our support for strengthening the global Palestinian call of Boycott, Divestment and Sanctions (BSD) against Israel.

PROTEST AGAINST ISRAELI AGGRESSION ON GAZA

The public meeting adopted a resolution to observe 28 May 2021 as a ‘National Day of Solidarity with the People of Palestine and Condemnation of Israeli Aggression’. 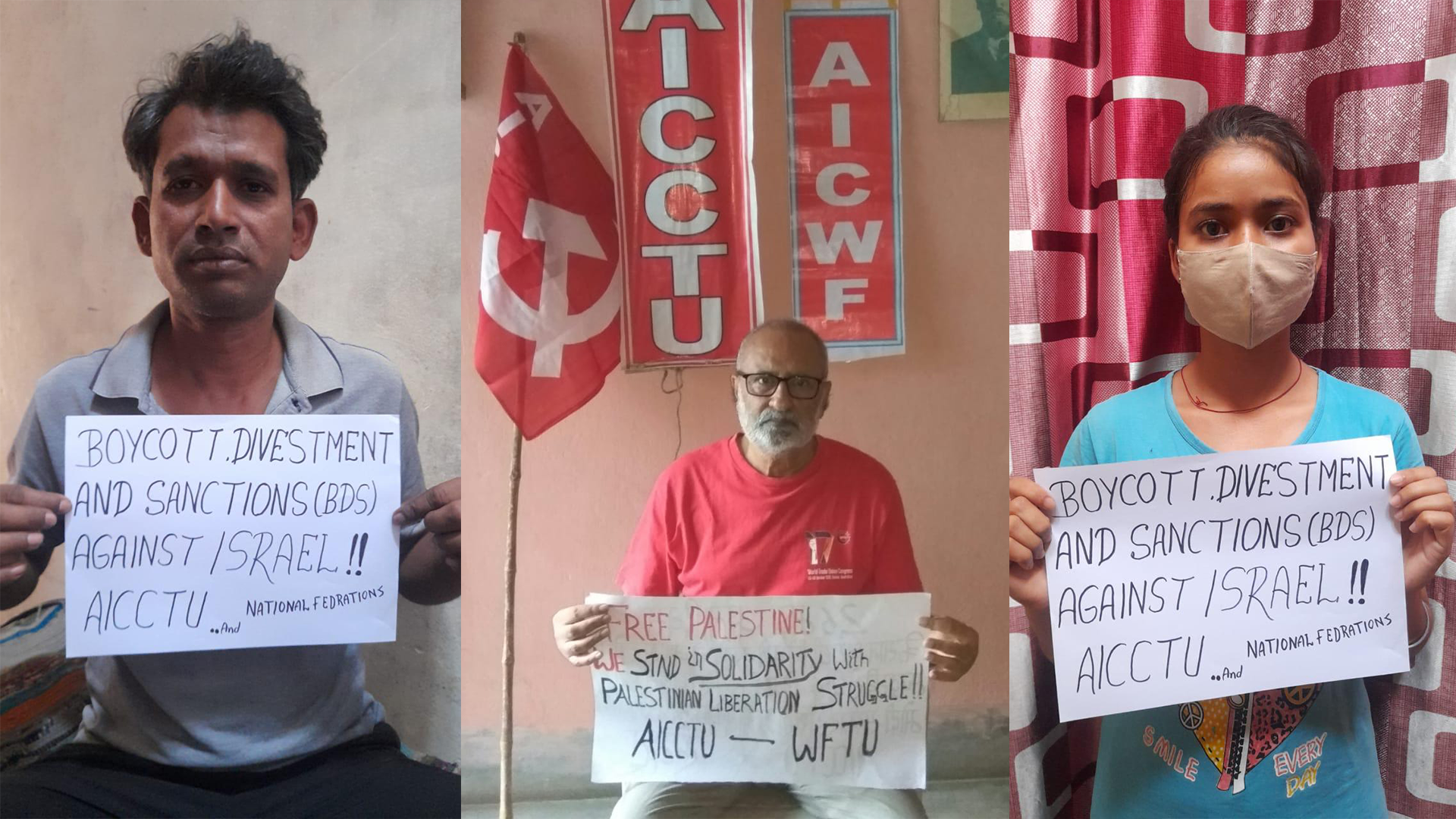