Restoration of the Old Pension Scheme in Rajasthan 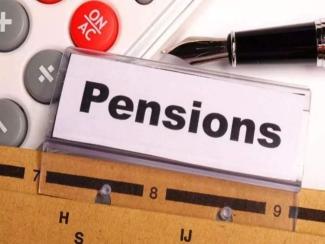 Why the OPS was Restored

The demand for restoration of the Old Pension Scheme (OPS) by government employees has picked up steam, of late. While the Bhartiya Janata Party (BJP) led central government has made it clear that it is not in favor of restoration, some state governments ruled by non-BJP parties have responded favorably. In the run up to the recently concluded elections in Uttar Pradesh, Akhilesh Yadav had announced a restoration if the Samajwadi Party came to power. In February 2022, the Congress led government in Rajasthan had announced the restoration. So had the Chhattisgarh government.

The basic difference between the New Pension Scheme (NPS) and the OPS is that under the NPS, the pension fund is a contribution driven, while the OPS is a benefit driven one and provides the right to ensured entitlement of pension to the beneficiaries. With the passing of time, it became clear to employees that their contributions and their post-retirement futures remained uncertain under the NPS since, unlike the OPS, it doesn’t give guaranteed assurance of payment of a specified amount of pension. The pension amount is restricted to the actual contribution paid by employer and employee, and because the corpus collected in the pension fund is invested in the market and it is subjected to market risks.

The flaws in the NPS became evident to employees when they saw the actual balance of their NPS amount after contributing for all these years to the fund. The reluctance of the central government to listen to the employees’ demands is quite expected. The BJP government has unabashedly championed market fundamentalism and the New Pension Scheme (NPS) is certainly market oriented. Moreover, it was BJP government headed by Atal Bihari Vajpayee that had scrapped the OPS back in 2004. The Government of Rajasthan, headed by Ashok Gehlot, became the first one in the country to restore the OPS. The Government of Chhattisgarh soon followed suit.

The restoration in Rajasthan and Chhattisgarh started a debate on the viability of the decision. Protagonists of neo-liberal policies argued that the restoration amounted to taking the wheels of ‘reforms’ backward and predicted that it would backfire on the fiscal position of the state governments. This decision was however widely welcomed by various employees’ unions in Rajasthan, such as the Roadways Workers’ Union, teachers’ organizations, Laboratory Technicians’ Union, Rajasthan State Government Employees’ Organization, and so on.

The debate around the restoration of OPS does not hinge on the question of employees’ welfare and preferences, but on the question of fiscal sustainability. The supporters of the NPS have argued that it doesn’t carry any policy risks since the governments are made to contribute their share of the pension liability upfront and in a way that is fiscally prudent. The likes of Rajiv Mehrishi and Renuka Sane have pointed out that guaranteed pensions after retirement are facing a crisis of funding across the world.  In a world where the old live longer and demographic transitions reduce the number of young to pay for the old, schemes like the OPS are redundant, they suggest.[1]

The pro-NPS arguments stand on a very weak footing. These arise from market fundamentalist mindsets, which puts emphasis on cutting government expenditure of all kinds in the name of austerity. Such arguments firstly, rule out any possibility of debate on raising the age of superannuation with average increase in life expectancy and innovations in technology.  Raising the age of superannuation would in fact utilize the experience of employees in more effective ways over a sustained period and increase the ratio of service period and post-retirement pension period even after factoring in increase in life expectancy.

The pro-NPS position also rejects the idea that the government should be the model employer when it comes to ensuring social security and welfare of its employees. The productivity of employees and their motivation level should rest on the state being a model employer that is willing to take care of employees at old age. Proponents of the pro-NPS position also champion the market investment of pension funds, which essentially allows big corporates to profiteer based on the hard-earned savings of employees and subjects their post-retirement futures to enormous risks.

The Rajasthan government has remained steadfast in its decision to restore the OPS, despite the pro-NPS voices. The policy has however run into some rough weather, presumably due to the obstinacy of the central government.

The PFRDA has however refused to release the Rs 39,000 crores, claiming that there is no provision in the rules that allow such an exit. On the face of it, the PFRDA decision seems to have been influenced by the political intentions of the BJP government at the center. It is now up to the state government employees of Rajasthan and Chhattisgarh, and the working classes of these states to defend this decision of the concerned state governments. Without strong pressure from people, the restoration can become null and void in practice.

As for the central government’s intentions, their reluctance to move away from the NPS needs to be seen as part of the overall championing of neoliberal economics and governance. It isn’t merely about the pension schemes that the government has refused to function as the model employer. The pension policies are an integral part of a policy framework which cuts down on social and economic rights of the people and strongly weakens the welfare-ist mandate of the state.