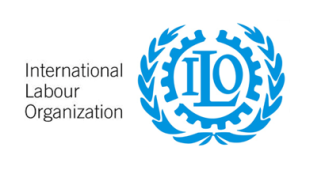 Member States have an obligation under the Constitution of ILO to submit regular reports to the Committee of Experts on the Application of Conventions and Recommendations (CEACR) on the measures they have taken to implement the provisions of ratified ILO conventions. These reports are due by 1 September 2022.

As we know, the same deadline also applies for workers’ organisations to submit their own observations. The Committee of Experts will be meeting in November and will draft its Annual Report which will be published in following February or March. This report serves as a basis for discussion in the Committee on the Application of Standards (CAS) at the International Labour Conference in June.

As we all know a specific cycle for reporting has been defined by the ILO for different Conventions:

- every six (6) years for all other Conventions (technical Conventions).

Regarding the Government’s reply on Articles 2 and 4 of the Convention:

With respect to Articles 4, 20 and 21, as mentioned in the report regarding the EPFO and ECR there is no relevance to it. E-shram portal is also for the unorganised workforce, hence the government is trying to mislead by giving irrelevant examples.

Government report mentions that Art 35 gives free entry to the workplace for the movement of the facilitator, as per the OSH code, but Section 34 and 37 of the OSH Code restricts the movement of inspector in the name of randomisation by confining the inspections to the randomly computer-generated list. In the Government report it is explicit that the freedom of inspector is restricted.

Article 10,12 and 16 of the Convention: Coverage of workplaces by labour inspections Self – inspection Scheme. According to the report, Annexure 1 itself shows that Self certification is not at all effective. It gives liberty to employer to legalise unfair practices. But C81 mandates physical and direct inspection, thus self-certification is against the spirit of C81. All government statistics mentioned says the inspections are declining (both announced and unannounced inspections).

In Government’s reply in the concluding part regarding Articles 12(1)(a) and (b) and Article 18, the government has revealed their ignorance that it is not the jurisdiction of the court to judge the violation of ILO convention.

Lastly the government report has mentioned 11 workers’ organizations but sadly has excluded one of the major Trade Unions - Indian National Trade Union Congress (INTUC) (which is owing political allegiance to the opposition party, the Congress - ed).

India is the founder member of the ILO and the ILC (Indian Labour Conferene – ed) is the apex-level tripartite consultative committee which should be held every year in order to advise the government on the issues concerning working class of the country. Yet, since 2015, Indian trade unions have regularly been demanding regular ILC meetings, and the government has not held a Standing Committee meeting yet.

Government could not provide any reason why ILC could not be held before or after COVID. It is pertinent to note that these meetings did not happen even when the government was bringing in drastic changes in labour laws by amalgamation, simplification and codification of the hard-earned labour laws into “labour codes”. Although the report submitted by the government admits that the ILC need to be relooked and updated in a time-bound manner and the overall exercise of the labour law amendments should be discussed in the tripartite forum, this was totally overlooked and ignored. Although ILC is the highest body available to look at policies related to labour, it was not convened.

It is on record that no discussion on Labour Codes happened in the Committee of Conventions (COC) meeting. Government in its report says 5 tripartite consultations were held in 2015 on four Labour Codes. The fact is that the first draft of the first Labour Code (IR) was released in 2017. The government’s claims are totally false and misleading. There were few meetings/ consultations conducted on the Apprentice Act, FTE, etc. but not on the Labour codes. In fact, these labour codes which will result in grave implications for the working class, were hurriedly pushed through in the delayed Parliament Session in September 2020.

Government had called for a video conference on rules which was opposed and boycotted by all the major 10 Central trade unions. It is also a fact that 10 major Central Trade unions refused to attend the video call on the draft rules on Labour Codes.

It is also to be noted that collective and individual submission of trade unions were totally ignored. The government has also not adopted the recommendations of the Joint Parliamentary Standing Committee on Labour.

Debarring INTUC from participating in Tripartite Consultations: Indian National Trade Union Congress (INTUC), a Central Trade Union registered with the Registrar of Trade Unions, Delhi under the Trade Union Act, 1926 and a trade union having a large membership has been debarred. Since its inception in 1947, INTUC has functioned democratically conducting elections as per clause 8(II) of the Constitution. The present National President, Dr. G Sanjeeva Reddy was first elected in the year 1994, which was ratified by General Council in a meeting held at Kolkata and has been re-elected thereafter unanimously.

Though there was no embargo from the courts on the functioning of INTUC, the government has deliberately excluded INTUC from all its tripartite consultations for reasons best known to them. This action of the government was regularly protested by 10 major central trade unions and their joint forum. Besides this violates the statutory rights as conferred under the Trade Union Act, its bye-laws and memorandums.

It is important to mention here that during the Covid period, when the country was under lockdown, the government took this opportunity to hurriedly pass three labour codes without any tripartite consultations. No discussions were held, and all opposition was kept outside the Parliament. At this time, both the country and the Parliament were in a state of turmoil regarding the amendment of the Indian Constitution (Article 370) on Jammu and Kashmir. This was the backdrop in which the Code on Wages was passed without any consultation.

Regarding the Decent Work Country Program (2018-2022), which has an overarching development objective and articulates the 2030 Agenda, and much needed post pandemic reforms, the government in the report mentions that regular tripartite meetings were held annually in 2019-2022. This is untrue as there was no meeting held on implementation of Decent Work program.