In Service of the Naked King: Use of UAPA, Sedition and Criminalisation of Working Class Struggles 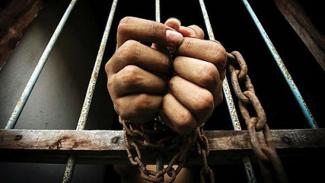 Unlawful Activities Prevention Act, 1967 (UAPA) has become the go-to weapon to intimidate and harass anyone opposed to the Modi government’s core agendas of Hindutva and aggressive neo-liberalism. The arrest of lawyers, intellectuals and activists in the Bhima Koregaon case and the institutional murder of Fr. Stan Swamy yet again highlighted the highly draconian nature of the UAPA and the manner in which it is used to stifle any form of dissent. The past couple of years have seen the BJP deploy UAPA against scores of human rights activists, student leaders, journalists, intellectuals, Dalits and Adivasis based on frivolous ground. UAPA is clearly being used as political weapon by BJP to further its hateful anti-Muslim agenda and to silence those who speak for the country’s people, dalits, women and working Class. Unsurprisingly, there has been a 72% increase in the number of arrests made under UAPA in 2019 as compared to 2015. Filling up the country’s jails with people from oppressed and poor background, thus, is an ‘achievement’ of the BJP government.

UAPA Against the Working Class under BJP regime

Between January and February, 2018, 5 workers, Shri Shankar Gunde, Shri Ravi Marapalle, Shri Babushankar Vanguri, Shri Satyanarayan Karela and Shri Saidulu Singapanga, belonging to Dalit community, working as contract workers at Reliance Energy Ltd. And also members of the Mumbai Electric Employees Union (MEEU) from its inception, were arrested by the Anti-Terrorism Squad. Initially arrested, allegedly with connection to the Bhima Koregaon, subsequently, allegations were made that they were part of the Communist Party of India (Maoist).

Four of them were released on 5th January, 2019 after the High Court granted them bail since the Anti-Terrorism Squad failed to file chargesheet within the prescribed period. Shri Saidulu Singapanga was released after the Bombay High Court allowed his bail application on 5th May, 2021, 3 years after his arrest, finding that no prima facie case had been made out against him. It is necessary to mention here that the workers were initially represented by Adv. Arun Ferreira, who himself was arrested in the fabricated Bhima Koregaon case under UAPA. What can be a clearer manifestation of the fact that the UAPA is being used by those sitting in power to deny people of their freedom of expression, right to association and the right to be fairly represented in front of judiciary!

In various statements, the workers said that the police beat them badly and that they had to be regularly taken to the hospital.  They said that the police told them “Your union’s tactics show that it’s a Maoist union. You people are engaged in anti-national activities. Why do you use words such as ‘Comrade’ and ‘Lal Salaam’? You extort money from contractors and send it to Maoists.’’ In fact, while opposing the bail application of Saidulu Singapanga, one of materials referred to is an analysis of a Facebook post written as ‘Lal Salam, Lal Salam’. One of the allegations made is that the workers deliberately stopped the work of Reliance Energy Company for one day, revealing the manner in which the State criminalizes any form of working class organizing.

The struggle of workers, which began in 2005, would resonate with contract workers struggles across the country. The five workers have been working with Reliance Energy Ltd. for nearly two decades. Despite working for such a long period, they and other workers were guised as “contract workers” with completely insecure working conditions. The workers were compelled to work under hazardous conditions and most contract workers worked without any safety equipment, resulting in deaths and serious injuries due to electric shock. It was against such precarious working conditions and for the basic rights of workers that the union fought.

The neo-liberal state pushed workers into extremely precarious conditions of work, promoting contractualization and informalization of the workforce with high levels of job insecurity. Any organizing of workers seeking humane working conditions were met with resistance. The corporate sector is using the state apparatus, including the police force, as if its ‘private militia’ against such organizing.

The UAPA, which effectively criminalizes thought, has in the recent past been used to drum up hyper nationalism, calling all those who resist corporate plunder and the fascist face of the state as “anti-nationalist”. With the coming of the new Labour Codes, the BJP government has made clear its intent of destroying even the most basic rights of workers. The use of the UAPA – which allows for long period of pre-trial incarceration, without bail on flimsy grounds – against the Mumbai Electric Employees Union shows the heights to which the Government will go to destroy workers struggles.

Sedition law (Section 124A of the Indian Penal Code) is another draconian law that has been deployed rather liberally by the Modi government. Interestingly, in 1922, Gandhi had been charged for sedition on account of his articles in his weekly publication, Young India; during this trial, he famously described sedition as the “prince among the political sections of the Indian Penal Code”, knowing very well that this was merely a tool designed by the colonial British to suppress the freedom movement. This relic from the colonial times has been joined by UAPA and other draconian laws that ought to have no place in a democratic republic. The urgent need of the working class movement is to stand up against these draconian laws and to demand for their immediate repeal. π