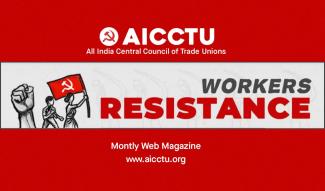 Place of Posting or Seniority:

Employees with Disability Cannot be Deprived

The Supreme Court has held in a case that physical disability must not prove to be an impediment for the employee with a disability to avail benefits of seniority for choosing a place of posting which would be of convenience to him. The Appellant, who was appointed as a senior teacher was aggrieved by the order of Division Bench of the High Court of Rajasthan and preferred an appeal before the Supreme Court challenging the same. The employee contended that as per a circular of the State Government, the appointing authorities must consider posting employees with physical disabilities at or near the place which they opt for, and the same was violated when he sought to be transferred to his home district and was entailed a down-gradation in his seniority.  The Supreme Court stated that the benefit to be extended to employees with disabilities as per the circular of the state government cannot be taken away by subjecting the exercise of the right to avail of the benefit on terms and conditions, as that would render the benefit without any purpose.

In a case before the Gujarat High Court, the workmen employed with Jamnagar Municipal Corporation who worked for several years as linemen maintaining street lights were denied employment as the Jamnagar Municipal Corporation replaced the street lights with LED lights and floated a tender for “special jobs”. The workmen contended that this amounted to violation of Sections 25G (procedure for retrenchment) and 25H (re-employment of retrenched workmen) of the Industrial Disputes Act as these workmen had completed 240 days of service. The Corporation claimed that the services of the workers were terminated as per Section 2(oo)(bb) of the ID Act, which is termination of services of the workman as a result of the non- renewal of the contract of employment between the employer and the workman. The Court rejected this contention of the Corporation stating that the Corporation had sought work from the workmen through contract system and the same was an afterthought by the Corporation to subterfuge the rights of the workmen, and therefore this amounts to breach of Sections 25H and 25G of the ID Act. Therefore, the Court dismissed the appeal of the Corporation and upheld the order of the Labour Court which had directed reinstatement of the workers.

Tech companies like Apple Inc., Tesla Inc., Amazon, Google, Microsoft, Meta Platform Inc., Snapchat, among others, have been laying-off several hundred workers from employment in the recent past. While Apple Inc. laid-off 100 workers who were hired as contract recruiters, Microsoft has laid off close to 2,000 employees, including 200 employees in their research and development department. Google, Amazon, Tesla, Meta and others are on the verge of laying off their employees with fear in the wake of a global recession and in the name of “slowing down of work”. Snapchat is looking to lay-off 6,000 of their employees. Many of these tech giants are citing economic contraction for the second quarter in a row and hence have decided to pause hirings.

PSUs See a Decline in Number of Employees, Private Sector Sees a Hike

The Indian Express has reported that except for SBI Life Insurance and IRCTC, a majority of the 15 listed public sector undertakings are reporting a decline in the number of employees for the past several years. On the contrary, the privately owned top 10 companies added over 3 lakh employees. “India’s largest bank SBI last witnessed an increase in the number of its employees in 2017-18, when it added 71,000 employees following the merger of its five associate banks and Bharatiya Mahila Bank during the year. Even prior to that, the bank was witnessing a steady decline in staff strength. SBI’s subsidiary SBI Cards and Payments too saw a decline over the last three years to 3,774 people on its rolls as of March 31, 2022, compared to 3,967 as of March 31, 2020,” the article said. The decline in the number of employees in PSUs has been highlighted time and again by the employees’ associations and workers union, which has not only seen a rampant increase in contractualisation of jobs but has witnessed a constant decline in the number of permanent jobs, thus depriving fresh appointees of job, wage and social security. BSNL-MTNL witnessed a whopping 92,000 employees opt for VRS among the total workforce of 1,53,000, thus causing severe shortage of employees and disproportionate burden of work on those who continue to work. BSNL workers have been constantly organizing demonstrations and protests seeking new appointments.

Under the banner of Bangaldesh Cha Shramik Union, workers across 167 tea plantations in Bangladesh, have struck work demanding an increase in their wages. The plantation workers are demanding an increase from Rs. 120 to Rs. 300 per day as daily wages. The protest began on August 8th and has been continuing indefinitely in the form of a strike since August 13th.  In a bi-partite meeting between the union and the plantation owners’ association – Bangladesh Tea Sangsad, while the workers’ union sought for a hike in wages, the owners’ association proposed to hike the wages by Rs. 14, which the workers refused and preferred to go on strike.  Some of the leaders who were reported speaking to the media stated that in Bangladesh, the minimum daily wage stood between Rs. 300 to Rs. 800, whereas the tea workers continued to work for abysmally low wages. Moreover, the owners’ association had entered into a settlement with the workers’ union, which has expired and are refusing the renew the same or to sign a new one. Hence, the strike. The workers’ leaders stated that in the past 15 years, the daily wage of tea workers has increased by a pittance of Rs. 88/-, even as the prices of essential commodities are skyrocketing. This shows the extent to which the workers are exploited in these plantations, the leaders said.

A two-week long protest by the powerloom workers in Pakistan’s Faisalabad, which is renowned to be a ‘textile city’, ended in victory with most of the demands of the workers being met. In a protest led by the Labour Qaumi Movement, over 3,00,000 workers sat in a protest blocking the route to the Faisalabad Airport, which brought the state down to its knees. The powerloom workers wanted to highlight the plight of their working conditions, which has been increasing the rate of occupational diseases among the workers. They were demanding an increase in wages, better social security measures and against the recent increase in electricity tariff by the Central Government which has stated made their everyday lives difficult. Media reports state that inflation in Pakistan hit 37.67% in August.

Thousands of Rail, Mail and Dock Workers Strike in UK

In the biggest strike action seen in 30 years in Britain, railway, mail, and dock workers have launched strikes against the increasing inflation rates which has a direct impact on their wages. Tens of thousands of workers have been striking work demanding better wages and social security measures as prices of essential commodities like food and fuel have been soaring in the country. Train movement has been disrupted as a result, which has brought to halt the national train service. To add to this, the dock workers even in the country’s largest port have also joined the strike. Postal workers, criminal lawyers, British Telecom staff Amazon warehouse workers and sanitation workers have announced that they would join the strike. While more than 1,15,000 British postal workers employed with Royal Mail have planned a four-day strike by August end, telecom staff will desist from work for the first time in 35 years around the same time. Such actions by the workers have already seen a dent in the economic supply chain of UK.