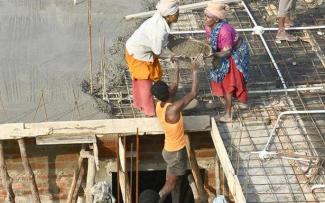 The new Labour Codes that will repeal 44 Central legislations enacted from 1923 and thereafter, can be characterized very simply, as a hoax. This note will look at the aspect of far-reaching exemptions included in the Occupational Safety, Health and Working Conditions Code, 2020 [‘OSH Code’], to show how any benefits provided by the Code are at the mercy of the pro-corporate dispensation.

To start with, the broadest provisions may be looked at. In section 127, the appropriate government is permitted to notify that any or all provisions of the Code/ Rules will not apply to any establishment or class of establishments. These notifications may be ‘subject to conditions or restrictions, if any and for such period or period as may be specified’. Hence, an exemption under 127, could be made in perpetuity, and without any conditionalities. One glaring aspect to be noted is the failure to mandate any particular necessity for such exemption, which will very literally give the power to the government to say that the Code will not apply to any establishments at its whims and fancies.

Section 127 does not end there. Subsection (2) goes even further to reveal the intentions of the government. It allows the state government to exempt any factories/classes of factories from the Code from the start of commercial production for any period, where it “is satisfied in the public interest that it is necessary to create more economic activities and employment opportunities”

Another provision of the Code, Section 128, allows for exemption by the government in cases of public emergency, disaster or pandemic, to be made one year at a time. This exemption can even be for the whole of India. Moreover, the section defines ‘public emergency’ as a “grave emergency whereby the security of India or any part of the territory thereof is threatened, whether by war or external aggression or internal disturbance.” In section 129, the Code goes further and allows for exemption of workplaces where a manufacturing process is carried on [factories] which “is attached to a public institution maintained for the purposes of education, training, research or information”

Of course, the Code continues to provide also for the sector-specific exemption clauses in respect of contract labour, factories, mines, etc. It may be noted that Chapter VII of the Code, dealing with Factories, allows for even the Chief Inspector-cum-Facilitator to exempt any or all of the adult workers in any establishment or class of establishments [though it is not clarified from what such exemption can be granted]. Then, the question becomes – who is this Chief Inspector-cum-Facilitator? In terms of Section 34, he is any person appointed by the government, possessing the prescribed qualifications and experience. Without any minimum standards being mandated in the law, the government is given the power to appoint a person who will decide whether or not the statutory rights will be available to workers.

It must be noted that the above clauses are some of the overt exemption clauses in the Code. However, the Code employs a myriad of devices to ensure that the mass of workers is excluded from the ambit of protection.

Firstly, the increase in thresholds of applicability themselves exclude lakhs of workers – whereas provisions in respect of Factories Act applied to factories with more than 10 workers / 20 workers [in factories without power and with power respectively], this has now been revised to 20 workers/ 40 workers respectively. Similarly, the mandate for contractor licensing has been revised from a threshold of 20 workers to 50 workers.

Secondly, through definitional exclusions. For just one example, the term industry excludes “institutions owned or managed by organisations wholly or substantially engaged in any charitable, social or philanthropic services [which the Supreme Court had held as early as 1978 to be industry if the triple test were satisfied]. Similarly, while contract labour cannot be employed in ‘core activites, the definition of core activities excludes sanitation, watch and ward amongst many others.

Thirdly, through delegated of powers. In the definition of ‘industry’ discussed above, the government is permitted to add activities that would not be considered industry. Another example is in section 26 – while mandating that a worker shall not be allowed to work for more that 6 days in a week, the government is permitted to exempt workers from this by way of notification. Importantly, the power to exempt is not by Rules, which would be required to be tabled and have certain consultative requirements, but by Notification.

These exemptions are not technicalities. What they boil down to is that the government, at the stroke of a pen, can exclude the most fundamental and intrinsic rights of workers - provision of potable water, adequate toilets, payment of wages on time, overtime hours. Moreover, establishments in favour with the ruling dispensation can be exempted from registration and mandates regarding minimum safety standards, without requiring any valid rationale or giving an opportunity of hearing to workers.

Practically speaking then, the Code becomes a Maximum Standards document, which through a loophole or exemption, can be heavily diluted. Though establishments are free, theoretically, to increase protections to their workers, in the absence of a justiciable mandate, they will not do so. The unequal relationship between the worker and the management has been consistently acknowledged internationally and nationally, in statutory and judicial law. The crucial point to be recognized is that any exemptions provided by the Government, in terms of the scheme of the Code, would always go to diminish the liability of the management, and never to increase the same. The increasingly evident pro-corporate agenda of the State has been repeatedly brought to light – and the OSH Code is another piece of evidence that demonstrates its pro-corporate nature. π