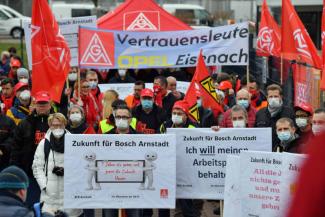 Delivering its verdict after a decade-long battle, The Supreme Court directed that pension be disbursed to Smt. Veena Pandey, a widow of a deceased coal-mines workman, as was due to her under the Coal Mines Pension Scheme, 1998. This scheme was framed as a measure of social security to ensure socio-economic justice for the employees in the coal sector under the powers conferred by Section 3-E of the Coal Mines Provident Fund and Miscellaneous Provisions Act, 1948. An application under the said provision was made by Smt. Veena, which came to be rejected by the Coal Mines Provident Fund Organisation, as also the Patna High Court for want of jurisdiction. The Supreme Court, granting relief to Smt. Veena, observed that – “11. Pension as is well known, is the deferred portion of the compensation for rendering long years of service. It is a hard-earned benefit accruing to an employee and has been held to be in the nature of property by this Court…”.

Passing an order in WP No. 23080/2020, the Madras High Court stated that – “3. Though the Covid-19 pandemic situation could be termed as a misfortune, the employers cannot be permitted to make a fortune out of this misfortune. This Court has not come across any Government Orders or notifications addressing this crisis, whereby countless numbers of workers/employees have been retrenched/laid off by violating the legal procedures for such retrenchment/lay off.”, and thereafter directed the Secretary, Labour Welfare Skill Development and Employment to assess the situation and file a detailed report with regard to the conditions of service, non-employment particulars of the workers/ employees within the State of Tamil Nadu, by way of a comparison between the period immediately before the onset of the Covid-19 pandemic and post lock-down relaxation.

A group of non-teaching staff, like Watchman, Attenders, Peons, Sweepers, Assistant Cooks, Assistant Matrons, Drivers, Helpers, Waiters, Gardeners, Clerical Assistants, etc., in a University in Kerala had challenged an order passed in 1997 which de-regularized and terminated their services, after being regularised in 1996. The Kerala High Court upheld the order of 1997 to de-regularise their services. However, the High Court did not make any observations in regard to Section 25F of the Industrial Disputes Act being followed as the termination of these workmen amounted to retrenchment, and left the issue open for the consideration of the Labour Court. Subsequently, the Labour Court held that the termination of these employees amounted to retrenchment and ordered their reinstatement with 50% backwages. This award was reversed by the High Court which held Section 25F was not applicable to “irregular” appointments, as these non-teaching staff were not appointed after following a selection process. The same came to be challenged before the Supreme Court which then reversed the order of the Kerala High Court by stating that – “…appointments are made in the instant case on daily wage basis under the orders of the Vice Chancellor who is the competent/appointing authority and merely because their appointments are not in accordance with the procedure prescribed under the Ordinance would not disentitle them from claiming protection under provisions of the (Industrial Disputes) Act 1947.”, and considered it just and reasonable to award a lumpsum monetary compensation of Rs. 2,50,000/- to each of the workmen in lieu of the right to claim reinstatement with 50% back wages as awarded by the Tribunal, as reinstatement would not be possible due to the long passage of time.

4. Change of Service Conditions and Nature of Work as a Result of Transfer Attracts Sec. 9A of ID Act

When an employee is transferred and such transfer results in a change of her service condition or nature of work, Section 9A of the Industrial Disputes Act would be applicable in such instances. In the present case, several workers were transferred from one unit manufacturing one product, to another unit which was hundreds of kilometres away and manufactured a different product. The workmen filed a dispute stating that there was no notice issued to the workmen in regard to the change in their service conditions, as also that the transfer changed their service conditions and that the nature of work itself was different, and hence transfer must be rendered illegal and void. There were concurrent findings by the Labour Court as well the High Court that the order of transfer was arbitrary, mala fide, amounted to victimization, unfair labour practice and in violation of Section 9A of the Industrial Disputes Act. Upholding the same, the Supreme Court stated that – “The question is not about the transfer only, the question is about the consequences of transfer. In the present case, the nature of work/service conditions would be changed and the consequences of transfer would result in the change of service conditions and the reduction of employees at Dewas factory, for which the Fourth Schedule and Section 9A shall be attracted.”, and passed a direction that “all the concerned workmen shall be entitled to the consequential benefits, including the arrears of salary etc., as if they were not transferred from Dewas and continued to work at Dewas and whatever benefits, which may be available to the respective workmen including the arrears of salary/wages, retirement benefits etc. shall be paid to the concerned workman within a period of four weeks from today.”, and dismissed the appeal by imposing cost of Rs. 25,000/- per worker to be paid to the workmen within 4 weeks from the date of the order.

5. Violation of Service Rules and Principles of Natural Justice During Enquiry

A workman was absent from work for several months, due to which the Management Corporation issued a chargesheet against him and an enquiry was conducted, which found that the charges against the workman were proved. Subsequently, the workman was issued with a showcause notice and thereafter dismissed from service. The procedure for enquiry and disciplinary action against workmen are dictated by the Tamil Nadu Civil Supplies Corporation Employees' Service Regulations, 1989, under which Rule 4 enlists the procedure to be followed to award major penalties. It was found by the appellate court that the competent authority had to issue a memo recording the basis of the charge, quoting the relevant rules and instructions omitted to be followed and the consequent result of such omission with specific charges suitably framed and the delinquent should also be informed of the list of documents relied upon and the list of witnesses whose versions framed the basis of the charges. However, this procedure was not adopted by the respondents during the course of the departmental action, and therefore since the procedure was deviated and the enquiry officer had also not given due weightage to the medical evidence produced by the petitioner for his absence, the Madras High Court found that the major punishment of dismissal from service is not proportionate to the levelled charges, and ordered for retirement benefits to be extended to the workman as he had already reached the age of superannuation.

Several thousand workers who will be impacted by the policy-decision of the world’s largest automotive supplier and their employer – Bosch – protested against the planned closures of factory plants, and job relocations which the company said are needed to adapt to the changing demand in the transition to electric vehicles. News reports stated that around 3,000 workers from various plants across Germany gathered outside a Bosch plant in Buehl, Arnstadt and Munich. It is said that around 1,000 staff in Germany will lose their jobs by 2025 as a result of relocations, cuts, or new hires. The unions in Germany and elsewhere have stated that the transition to producing electric vehicles would mean that millions of workers could lose their jobs, and predict that about 1,00,000 workers will be unemployed in Germany alone.

Hotel Hyatt Regency, a five-star hotel in Mumbai, had shutdown, in June this year, citing reasons of financial crisis and more than 200 employees were terminated. The employees then approached the Labour Court which ruled that the decision of the hotel to halt its operations was illegal as per the Maharashtra Recognition of Trade Unions and Prevention of Unfair Labour Practices (MRTU and PULP) Act, 1971 and that the same amounted to unfair labour practice under Item 6 of Schedule II and Item 9 and 10 of Schedule IV of the MRTU & PULP Act and directed the hotel management to cease and desist from the same.