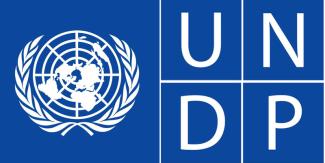 According to the recently published report of the United Nations Development Program (UNDP), India is ranked 132 out of 191 countries and territories in Human Development Index (HDI), 2021.

India’s continuing poor performance comes at a time when the performance of most other countries have already set a low benchmark with 90 percent of countries falling back on HDI scores. Due to numerous crises, including COVID-19, the Ukraine war, and environmental issues, most nations have seen a decline in their performance in terms of human development, indicating that human development has stalled globally for the first time in 32 years.

The Human Development Report 2021–2022, released by the UNDP, includes the Index. The HDI gauges a nation's average performance in the three fundamental areas of human development— long and healthy life, education, and respectable standard of living. It is calculated using the Gross National Income (GNI) per capita, mean years of education, expected years of education, and life expectancy at birth.

India’s poor performance is noticeable in almost every indicator. According to the report, the decline in India's life expectancy from 69.7 years to 67.2 years during the survey period is what caused the HDI to fall from 0.645 in 2019 to 0.633 in 2021. There has been a drop in the expected number of years in schooling from 12.2 years to 11.9 years, despite an increase in the mean years of schooling from 6.5 years to 6.7 years.

Except Pakistan, Nepal and Myanmar, all the other neighbouring countries of India, including Sri Lanka and China, which face major economic crises have performed better than India. In fact, compared to almost any BRICS economy, India has fared extremely poor. Between 2018 and 2020, the income growth of the bottom 40% is a mere 53%. For comparison, income growth of the bottom 40% of China is 263%; Brazil – 200%; and Russia is 121% during the same period.

The data demonstrates that while India’s poor are striving to improve their basic conditions, the government policies favouring the super wealthy are actually hampering our growth. India’s HDI performance remains far below the global average, which should be shameful given the ruling class's ambitions to develop as a global superpower within this decade. Instead of investing hundreds of crores in vanity projects and selling off our infrastructure to corporate friends and allies, the Modi government should invest in the basic needs of the people.